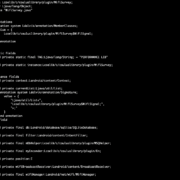 Note: This post is a follow-up to discussions carried out on the Mozilla “Dev Security Policy” Web PKI public discussion forum Google Group in December 2022. Google Chrome communicated its distrust of TrustCor in the public forum on December 15, 2022.

The Chrome Security Team prioritizes the security and privacy of Chrome’s users, and we are unwilling to compromise on these values.

Google includes or removes CA certificates within the Chrome Root Store as it deems appropriate for user safety in accordance with our policies. The selection and ongoing inclusion of CA certificates is done to enhance the security of Chrome and promote interoperability.

Behavior that attempts to degrade or subvert security and privacy on the web is incompatible with organizations whose CA certificates are included in the Chrome Root Store. Due to a loss of confidence in its ability to uphold these fundamental principles and to protect and safeguard Chrome’s users, certificates issued by TrustCor Systems will no longer be recognized as trusted by:

This change will be implemented via our existing mechanisms to respond to CA incidents via:

Beginning approximately March 7, 2023, navigations to websites that use a certificate that chains to one of the roots detailed below will be considered insecure and result in a full page certificate error interstitial.

This change will be integrated into the Chromium open-source project as part of a default build. Questions about the expected behavior in specific Chromium-based browsers should be directed to their maintainers.

This change will be incorporated as part of the regular Chrome release process to ensure sufficient time for testing and replacing affected certificates by website operators. Information about release timetables and milestones is available at https://chromiumdash.appspot.com/schedule.

Hybrid commerce: Blurring the lines between business and pleasure
Scroll to top