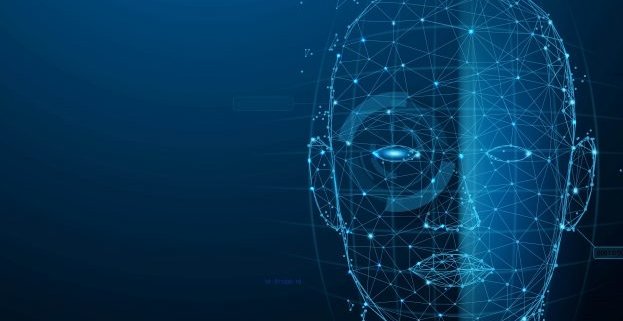 What issues would face scanning attached to a mobile device resolve and, if used correctly, would it make the incursion into my privacy acceptable? 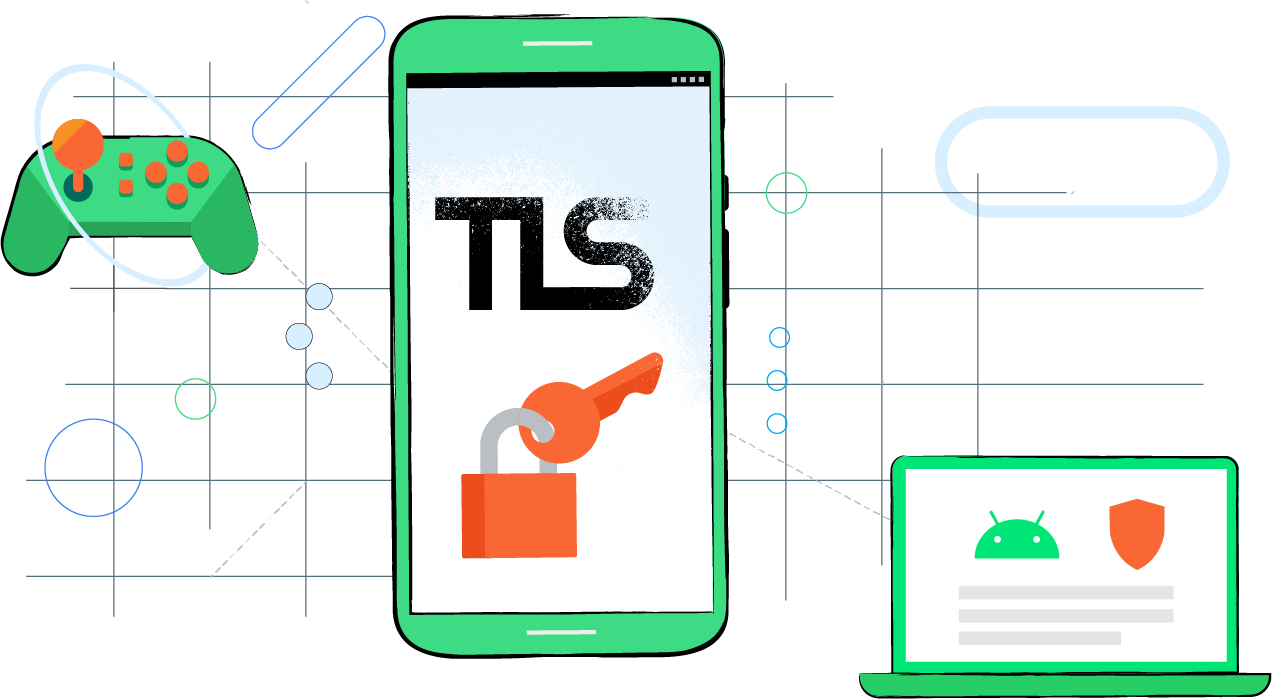 Android is committed to keeping users, their devices, and their data safe. One of the ways that we keep data safe is by protecting network traffic that enters or leaves an Android device with Transport Layer Security (TLS).

Android 7 (API level 24) introduced the Network Security Configuration in 2016, allowing app developers to configure the network security policy for their app through a declarative configuration file. To ensure apps are safe, apps targeting Android 9 (API level 28) or higher automatically have a policy set by default that prevents unencrypted traffic for every domain. 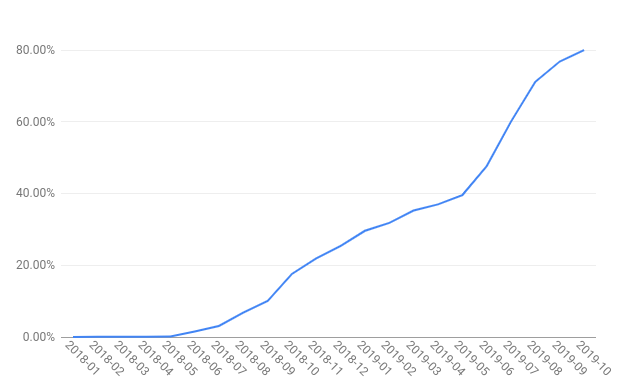 Percentage of apps that block cleartext by default.

Since November 1 2019, all app (updates as well as all new apps on Google Play) must target at least Android 9. As a result, we expect these numbers to continue improving. Network traffic from these apps is secure by default and any use of unencrypted connections is the result of an explicit choice by the developer.

The latest releases of Android Studio and Google Play’s pre-launch report warn developers when their app includes a potentially insecure Network Security Configuration (for example, when they allow unencrypted traffic for all domains or when they accept user provided certificates outside of debug mode). This encourages the adoption of HTTPS across the Android ecosystem and ensures that developers are aware of their security configuration.

Example of a warning shown to developers in Android Studio.

Example of a warning shown to developers as part of the pre-launch report.

What can I do to secure my app?

For apps targeting Android 9 and higher, the out-of-the-box default is to encrypt all network traffic in transit and trust only certificates issued by an authority in the standard Android CA set without requiring any extra configuration. Apps can provide an exception to this only by including a separate Network Security Config file with carefully selected exceptions.

If your app needs to allow traffic to certain domains, it can do so by including a Network Security Config file that only includes these exceptions to the default secure policy. Keep in mind that you should be cautious about the data received over insecure connections as it could have been tampered with in transit.

If your app needs to be able to accept user specified certificates for testing purposes (for example, connecting to a local server during testing), make sure to wrap your element inside a element. This ensures the connections in the production version of your app are secure.

What can I do to secure my library?

If your library directly creates secure/insecure connections, make sure that it honors the app’s cleartext settings by checking isCleartextTrafficPermitted before opening any cleartext connection.

Android’s built-in networking libraries and other popular HTTP libraries such as OkHttp or Volley have built-in Network Security Config support. 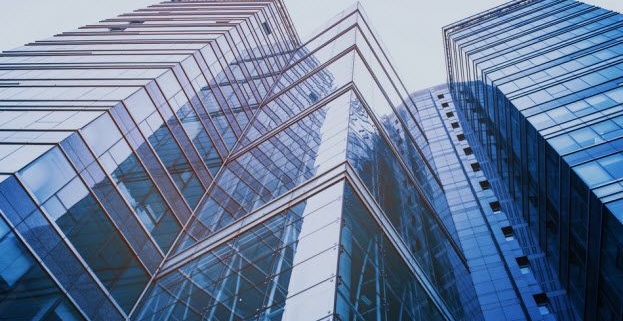 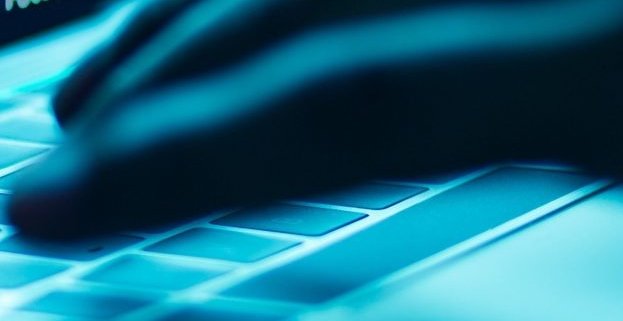 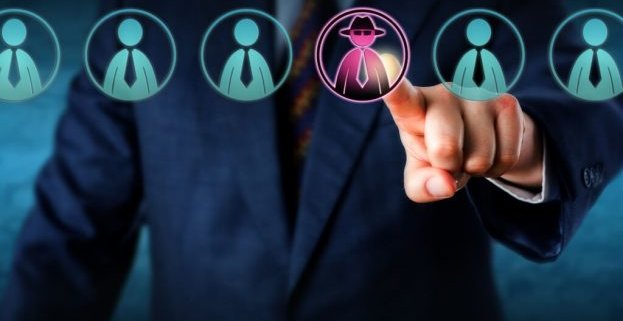 Advantage Computer Solutions
4.8
Based on 46 reviews

moira crabtree
19:15 17 Aug 22
I want to praise this company to the heavens! They are so very good. If your computer has ANY problem, particularly a difficult problem, THIS IS THE COMPANY TO CALL! They come quickly (eases any computer anxiety whether it's a business or personal situation). They are so smart (and you need someone smart enough to solve your issue), thorough (you do not need a half-baked job done), and so very pleasant to deal with (in a time when most service people are cranky.). This company was recommended by a business that needs flawlessly running systems. I was told they were good and reliable. They are so much better than that. I will never use anyone else. Once I have found the best, why look anywhere else? Save your sanity. Just call Advantage Computer Solutions. You won't regret it.

Amy Neustein
18:10 13 Jul 22
From Today --July 13, 2022I just had my computer serviced at Advantage Computer Solutions and again I couldn't be more pleased!! Al and Zack were fantastic! Not only did they diagnose the problem, and jump in immediately to help me, but they did it in record time!!! Al gave me a new SSD which makes my computer work at record speed. In addition, he cleaned out my fan to help with the freezing of the computer when the fan overheated. The concern and care afforded by Advantage Computer Solutions are extraordinary. This is a family-owned business that truly treats each client like a family member! I wholeheartedly recommend this place over the chain repair shops. I have complete confidence in Advantage Computer Solutions, which is a blessing indeed!!!Amy Neustein, Ph.D.Fort Lee, NJFrom six years agoI don't have enough words to express my appreciation for Nassar and Paul, and the other members of Advantage Computer Solutions. I live in Bergen County and travel to Passaic County because of the trust I have in the competence and honesty of Advantage Computers. What a blessing to have such seasoned and caring professionals available to service my computer. The company has deep respect for its customers. I am very pleased as I have been using their services successfully since 2010.

MikSchlag
13:46 15 Mar 22
Quickly attuned and all options presented within minutes. I was back up and running within 20 minutes ( on main computer) and it cost me 1/3rd of an office visit (they had everything (memory and SSD and didn't push options) in stock for my older computers)! Outstanding... or you could be standing out in the cold. They kept my business running!!

Steve Walden
14:00 10 Feb 22
I never leave reviews, but I have to give a shout out to Al and Advantage Computers because they do terrific work. Had my house wired with ethernet cable and they worked quickly, efficiently, were pleasant to deal with. Everything was cleaned up and done professionally. Among the best service I've had as a homeowner. Would highly recommend!

Dmitry Kreslavskiy
19:31 04 Jan 22
Had a great experience here. Nice, very polite and highly professional people and very reasonable charges as well.A laptop died suddenly for no apparent reason, occasionally allowing you to peek into BIOS setup, but not always, and always ending up with a black screen without going into Windows.Microcenter people told me to wait a week because of COVID, Nasser here took it and had good quality research results for me the morning after, - it was a dead motherboard, and he even explained the likely reasons for its failure.He salvaged the data for us to a USB stick and he let us spend all the time we needed picking the data we wanted copied.He spent a ton of time on us and only charged us about $50 for the research and another $50 for data copying, very reasonable, - Best Buy and Microcenter wouldn't been more pricey.Happy to recommend and come back again as well. Thank you so much for a great service!

RICHARD DEMAYO
14:45 22 Jan 21
The best guys in the business bring them any problem and give them a little time and they will give you a solution.

PRO AUTO BROKERS
23:50 11 Jan 21
These guys are the best in the business, very knowledgeable and easy going. Highly recommended, top notch in the computer business. My main man Al took care of us efficiently and fast, also great prices.Ed